Soap opera, it was said, "is the true realization of the novel..." The soap opera 'Search For Tomorrow' ran from 1951 to 1986. It was first broadcast on radio. "Soap opera is a story," Larry Haines explained, "It should be a continuing story, rather than disoriented, meaningless adventures." Head writer Irving Elman added, "The other interesting thing about daytime is in every other form of dramatic writing, you are held within a boundary – even Tolstoy had to finish 'War And Peace' – he had to write 'The End.'" Set in the make-believe mid-western town of Henderson, 'Search For Tomorrow' begun with "the story of a young widow and her child and their struggle...It is the story of the folks next door and the misunderstandings and heartbreaks that mar their lives." By the 1980s, Jacqueline Schultz outlined her part, "Hers is a contemporary story of a young woman trying to find herself...Today, I think women feel that to be truly complete people they have to be independent without alienating themselves from the people who are important to them." Whereas "in nighttime TV, even with an hour show, I only had 48 minutes to tell a complete story", on daytime, Irving had to write enough stories each year to last 260 episodes. Around 1977, 'Ryan's Hope' became one of the first soaps to shoot on location. "Since then, more and more remotes are featured on every soap," Marcia McCabe observed.

"At night," one TV programmer pointed out in 1977, "the audience expects change and looks forward to program innovations. In daytime, however, it is not extraordinary for many dramatic series to thrive for 10 or 20 years, attracting audiences from one generation to another." Usually shown around noon every weekday until about 1981 when CBS moved 'Search For Tomorrow' to 2:30 p.m. Suddenly its ratings took a nosedive. 'Search For Tomorrow' was eventually canceled to make way for 'Capitol'. "It didn’t become a feature film," Elinor Karpf said of 'Capitol', "It didn’t become a mini-series. It didn't become a novel. It became a soap opera because it needed the time to unfold." NBC came to the rescue of 'Search For Tomorrow'. Larry Haines recalled, "When we switched networks, a lot of people were not aware that we were going from CBS to NBC. They thought we were off the air." Mary Stuart made the comment, "People tend to put down daytime because it's something women do." Sherry Mathis expressed, "I don’t think any actor ever apologized for being in a soap opera. They all know its some of the hardest work that's done in show business." John James made clear, "In a continuing TV drama we do 45 minutes of dialog involving human relationships and emotions every week."

Writer Joyce Corrington conceded, "There is a fair amount of response to the audience built in. The ad agency people and the producers look at the letters they get and they’ll suggest maybe a character isn’t working or that some other change is needed." Irving described the 3 parts of his job involved producing "the long term story projection, the breakdowns of who's doing what in each show and finally, assigning a writer to each script and then going over that script." In 1986 it was decided "moving our characters into one building will force them to become more interrelated. By shrinking the canvas of the show and concentrating on fewer people in a more intent manner, we're going to be able to realize a greater emotional response." Bill Corrington maintained, "We make the projection, what’s going to happen to A, B and C over the next 6 months, particularly the interrelationships between them. To me, the most fun in the show is the story conference. Everybody likes one another, but we sometimes fight like cats and dogs. But when it’s finished, everyone invariably agrees." 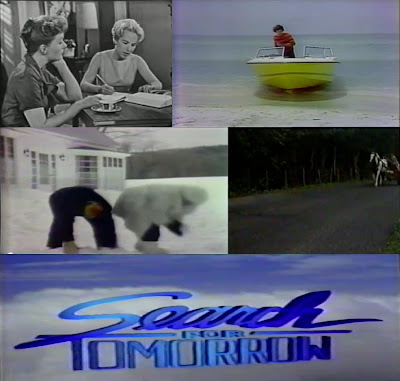